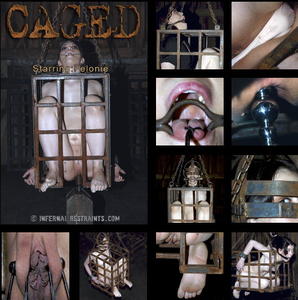 PD sets an agonizing pace. Felonie’s confined in a cage, hanging in the barn for hours. Every step plays like a psychological thriller as PD slowly transforms Felonie’s terror.

In the beginning, PD lets Felonie’s confinement do its work. Then he gives her an orgasm. Just a little one. Just enough to relax her.

She’s anally impaled, rammed with a rigid set of stainless steel ass beads. Using forceps, PD grasps her tongue and ties it outward. This presses her neck against the steel of the cage. Then vaginal impalement and she’s given another orgasm, more intense.

The head cage with a metal bit holds her head even more still. Clamps on her labia are weighed down with chain. Her pussy’s swollen, engorged from all her orgasms.

Another orgasm, and another. PD slips his hand inside of her up to the knuckles. He rams all of her holes and she comes again, over-stimulated into some never-never land of sexual exhaustion.

Now she’s standing, tightly strapped with leather, held up by her hair. A singletail brings her to tears again. She begs PD to let her down. She promises him anything. He tells her she must make herself stop crying. Her face slowly reduces. It becomes a face that is not crying. She exchanges one unbearable condition for another. The dissolution of one self. The emergence of another. 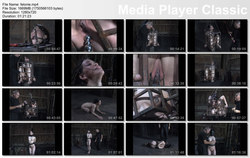 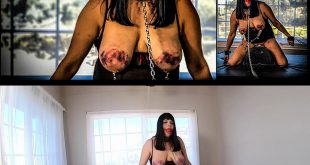 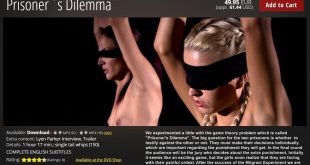 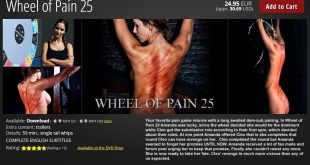 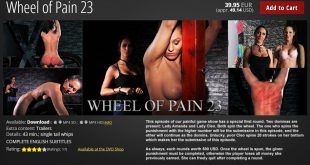